The exact pH value of decaf coffee varies, depending on many factors. These include the type of beans, roast profile, brewing method, and coffee-to-water ratio, used during the process of extraction.

Despite all these variables, it’s safe to say that regular coffee is, in fact, acidic, as its pH value is usually within a range of 4.85 and 5.13.

But is the acidity of coffee altered if it goes under the process of decaffeination?

In this post, I decided to answer this question and tell you whether decaf coffee is less acidic.

Looking into the acidity of your morning cup of Joe may be quite useful if you suffer from Gastroesophageal reflux disease (GERD).

According to this systematic review, about 20% of the US population have GERD.

GERD symptoms are often aggravated after the consumption of acidic foods and drinks, such as citrus fruits and juices.

So many people who want to avoid acid reflux are looking into ways to reduce acid in coffee.

Naturally, some of them want to find out whether decaf coffee is bad for acid reflux.

Others may wonder if ordering a decaffeinated americano instead of a regular one can actually help them avoid heartburn.

So here’s whether decaf coffee is less acidic:

Decaf coffee is usually less acidic than caffeinated coffee, as it loses some of its phenolic acids during the process of decaffeination.

The former’s pH values vary within the same range as those of regular coffee, but pH may be an inadequate measurement of the complex chemistry of coffee extracts.

This may also be because decaf coffee has most of its caffeine removed, and caffeine has been linked to an increased risk of acid reflux.

Therefore decaffeinated coffee may be better for those who have GERD.

Unfortunately, common side effects of drinking regular coffee are acid reflux and heartburn. 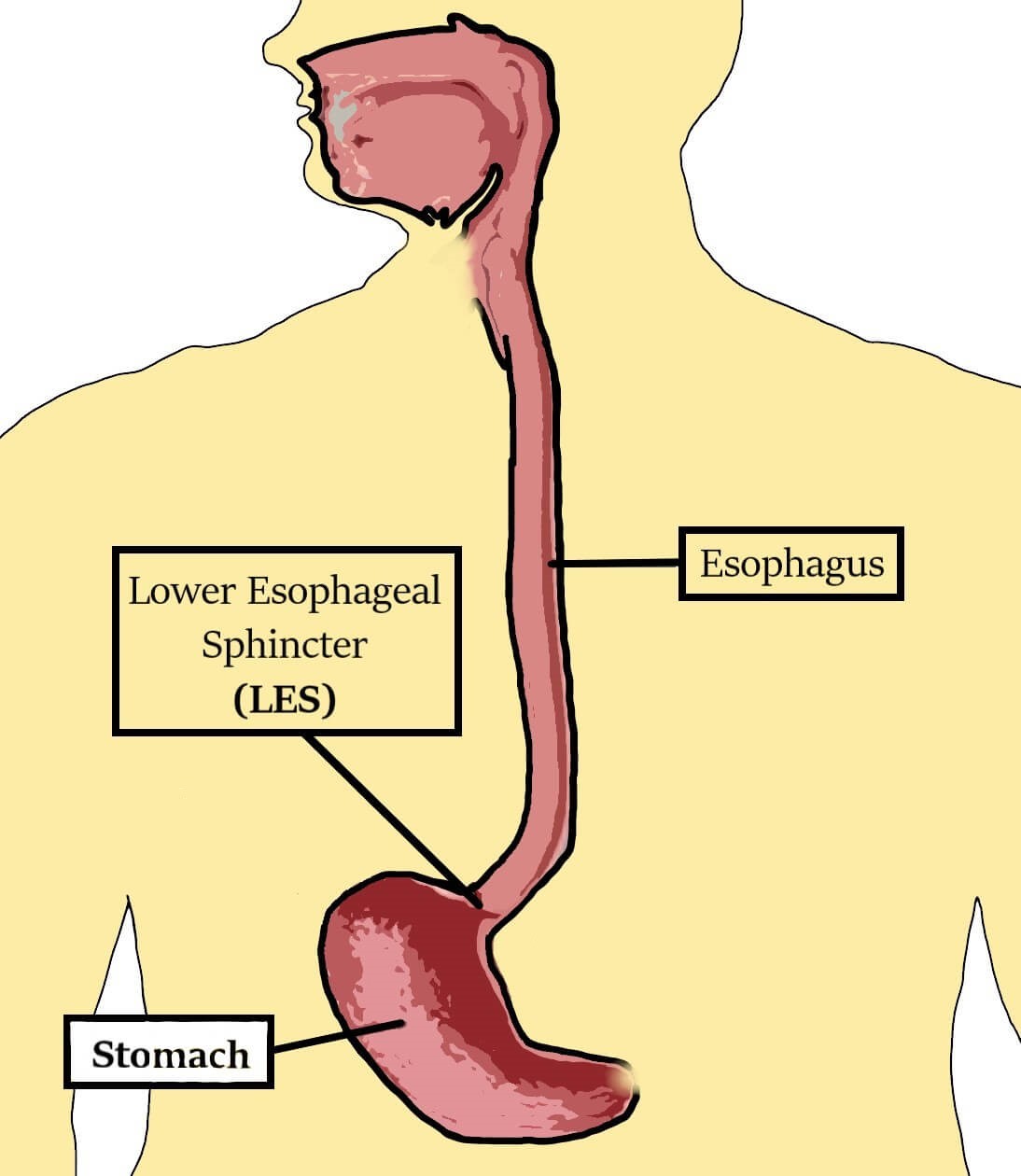 After you swallow, the lower esophageal sphincter should contract to prevent stomach content from flowing back up into the esophagus.

The decrease in LES pressure triggered by coffee consumption in people with GERD causes more stomach acid to go up or in other words – acid reflux.

According to this scientific report, the decrease of LES pressure and the consequetive aggravation of heartburn symptoms occured after consumption of both neutral (pH=7) and acidic (pH=4.5) coffee.

So it appears that the acidic content of coffee may not be the main culprit of the worsening of your GERD symptoms after having a cup of Joe.

There is actually evidence that decaffeinated coffee doesn’t have adverse effects on LES function, unlike regular coffee.

All of this may indicate that caffeine is responsible for acid reflux or heartburn after coffee consumption.

Therefore decaf may be a great alternative to regular coffee for those of you with GERD.

What’s worth noting is that even after the process of decaffeination of coffee beans, there will still be some caffeine left.

According to the FDA, coffee and tea drinks are considered decaffeinated if 97% of their caffeine is removed.

An 8-ounces (240 ml) cup of decaf coffee usually contains from 2 to 15 milligrams of caffeine.

According to this scientific report a grande (16 fl. oz., 470 ml.) decaf coffee serving at Starbucks contains 12.0–13.4 milligrams of caffeine.

So if you have a strong reaction to caffeine no matter its amount, decaf may still be bad for you.

With all being said, there are some scientific reports according to which caffeine is not the component of coffee which triggers acid reflux.

Those studies indicate that other compounds that cause aggravation of GERD symptoms in regular coffee are lost during the process of decaffeination of beans.

Nevertheless, there is no evidence of what those compounds may be.

The good news is that all studies that I came across during my research confirm that decaffeinated coffee is generally better than regular coffee for those who are trying to avoid acid reflux and heartburn.

Switching from Caffeinated to Decaf Coffee

Fortunately, decaf coffee has been linked to similar health benefits that are associated with the consumption of regular coffee.

Even though its phenolic content and antioxidant capacity is slightly lower than those of caffeinated coffee, decaf still has strong antioxidant characteristics.

It has also been linked to a reduced diabetes risk.

There is evidence that just like regular coffee, decaf may also reduce motor and cognitive deficits in aging.

Even though it doesn’t boost cognitive performance the way regular coffee does (because it doesn’t contain caffeine), decaffeinated has similar neuroprotective properties to those of caffeinated coffee.

So switching to decaf won’t strip away all the benefits you’re getting from your regular cup of Joe.

According to this research increased anxiety levels are associated with increased heartburn and severity in retrosternal pain.

This is another reason why decaf might be better than regular coffee for those who often experience acid reflux.

As you now know, even decaf coffee may help you avoid acid reflux or heartburn because of its lower acidity and significantly reduced caffeine content.

If you’re not ready to give up on caffeine yet, but you want to avoid GERD symptoms, you may want to try switching to cold brew coffee, as it’s generally less acidic than hot-brewed.

Coffee beans that undergo the process of decaffeination, lose some of their key flavor characteristics.

If you’re a coffee lover like me, it might be a bit disappointing to find out that exceptionally good decaf coffee is a rarity.

Switching to half-caff blends might be a better solution if you don’t want decaf to completely take away the experience of having top-notch coffee.

4 thoughts on “Is Decaf Coffee Less Acidic than Regular Coffee?”